“Why don’t you have kids yet? When are kids coming? What are you guys waiting for?”

After months of writing, deleting, editing, crying and going back and forth, I have decided that I needed to share my story with others. I am not the type to share my personal life, especially the vulnerable side. However, I decided that I think it’s about time we share our journey.

Well here is our story.

We have been “trying to get pregnant” on and off for roughly 4 years. After trying for a year with no success, I decided it was time to see a doctor to ensure everything was okay. I was lost, I had no idea where to even start. Do I go to my OBGYN? A specialist? This isn’t a topic of conversation to have at the dinner table, or a subject brought up amongst a group of friends. Due to no fault but my own, I began this journey alone. Alone, meaning I had mentioned it to Juan (my husband) but never really told him what I would be doing. I didn’t want to inform my mom or sister, because this wasn’t something to be proud of (I felt). After being told I was “functioning” properly, I had to convince my husband to be checked (OH BOY). This took a little convincing, but he was seen and was given the “a okay” by the doctor. Next, the doctor suggested we should proceed and try different procedures in hopes it would be just what we needed to get pregnant. Unfortunately that was not the case for us.

In 2016, we tried 3 rounds of IUIs. One in January, one in February, and one in March. All of which were negative.

With every negative came a deeper amount of guilt and depression. I couldn’t help but think, “why wasn’t my body working, why can’t I just make Juan a father, WHY?!”

Once we reached this point our doctor recommended we step it up a notch and do a round of IVF. Being as eager as we were, we didn’t hesitate. We told ourselves we would figure out the finances one way or another.

I will never forget that phone call. Knowing I would finally hear the news I always wanted to hear. When it hit me like a ton of bricks, “I’m so sorry it was negative.” I was left sitting at my desk, numb. I couldn’t even believe what I just heard. How am I supposed to tell my husband? How am I supposed to tell him I failed him once again? I regretted telling anyone about our IVF procedure, because it was just that many more people I had to tell it didn’t work. I couldn’t pick up the phone and allow myself to say those words. I knew the moment those words came out of my mouth would be the moment I would lose it. Instead, I texted him, “It was negative, I can’t talk about it right now.” He responded, “I am so sorry babe, I am going home, I can’t be at the office.” My heart sunk. My husband’s dream of being a father, his hope that this would FINALLY be it, was a negative. The pain was unbearable. The amount of guilt I felt was unfair. Walking into the house that night, I hugged my husband and every bit of emotion that I had been holding in came flooding out. Our dream of finally being a family was gone. The small glimpse of faith was gone. We cried for hours.

This wound was opened a few more times, when we had to repeat those painful words of our IVF procedure being negative to our friends and family, whom we had informed of our journey thus far.

During this time I put on roughly 30 pounds and was in a complete state of depression (which I really never knew, until I came out of it). I didn’t want to talk to anyone about it and I compartmentalized, thinking it was the best coping mechanism. I felt that by not talking about it, I would be able to heal faster. Not allowing anyone in would let the wound close. Boy, was I wrong!

The stress that comes with trying to conceive is beyond straining. Financially, physically and mentally.

I leaned on a few friends, and of course my family, to get me through. During this time Juan and I vowed to stop “trying” and focus on us. I began walking nightly with a friend to keep my mind occupied, but it just wasn’t enough. I knew being overweight was not ideal when trying to conceive. In October of 2016 I began my weight loss journey, to not only better myself mentally and physically, but in hopes one day it would help us achieve our biggest dream. I lost a little over 55 pounds and have kept it off for over a year.

Having fertility struggles is BEYOND mentally straining. And having the constant question of “so babies?” can only be answered with a fake smile and shrug for so long. Once we had told the few friends and family the news, we asked that they begin to spread the word to other family members and friends about our fertility struggles, in hopes, that the questions would stop. As much as we would have loved to be the ones to inform the family, it was still (and still is sometimes) a touchy subject.

Even though my husband and I have been together since we were 16; we hadn’t been through any real tragic moments in life, THANK GOD. It wasn’t until this journey that I was able to see infertility as a small blessing in disguise for our marriage, as well as a huge learning curve personally. We have fights, like any couple does, but when dealing with greater levels of stress comes with bigger hurdles. I learned when I cope, I shut out the world (and I mean EVERYBODY). I don’t let anyone in.

When we began our fertility journey, with every negative result, I would shut down more and more each time and I would push my husband away. Once we began our IUI and IVF procedures I began to lean on him more. It was during these 5 months that we grew closer as a couple than we ever could have. The hundreds of shots, months of negative pregnancy tests, and knowing how much we both truly wanted to be parents made me love my husband more than I ever thought I could.

Until we have children of our own, our infertility struggle is an ongoing journey. There are days when I am thankful for our journey, knowing how much I have learned and grown through the process. Then, there are days where I sit, pray, and cry wondering why it hasn’t happened yet.

I have watched the ones who never wanted kids get pregnant effortlessly. Wiped away the tears while watching the gender reveals and announcements on Facebook, with the knot in my stomach knowing what I wouldn’t give to be in their shoes. Hearing friends go through horrendous morning sickness and telling myself, “I would throw up every morning and night for the whole pregnancy if it meant I’d get to carry my own child.”

Secretly knowing, the cute ways I’ve envisioned announcing to my husband, our parents and friends that we’re pregnant. Knowing the hidden Pinterest board I have titled “One Day.” Hearing how easily that positive test came for some, while I don’t even bother taking them anymore because I can’t handle anymore negatives.

I am finally starting to see the light at the end of the tunnel and know that when God is ready for us to be parents, whether naturally or through adoption, it will happen.

To the ones who are struggling with this in silence,

Because talking about it is hard,

Because talking about it out loud makes us weak,

Because talking about it makes us believe that day, may truly never come.

Learn from me and let me be the one to tell you, talk about it. You will never believe the amount of friends, family, acquaintances, co-workers, and so many others around you that may be going through the same struggle. Hearing encouraging words from a friend who got pregnant on their first try (no offense) is sweet, but having someone to lean on that went through or is going through the same struggles is a lot easier, trust me.

“It’s going to be okay in the end. If it’s not okay, it’s not the end.”-Anonymous 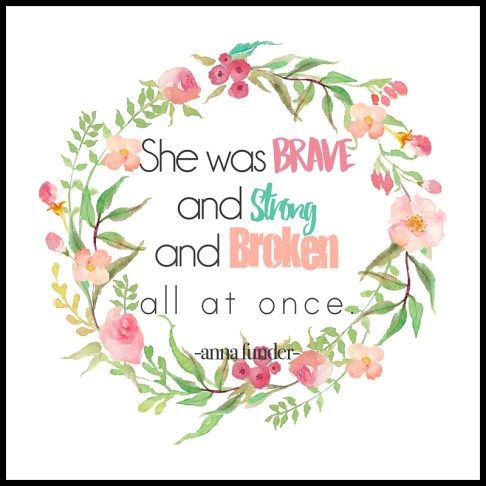 Published by Waiting On A Positive

5 thoughts on “Why Don’t You Have Kids Yet?”